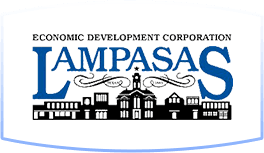 About Your EDC Director

The City of Lampasas named a new director of economic development in February 2017.

Mandy Walsh, formally of Pearland but raised in Lampasas, was appointed to the position by City Manager Finley deGraffenried. The city received about 15 applications for the economic development director position, and four applicants received interviews.

“We were fortunate to have a very talented pool of candidates,” deGraffenried said in the press release. “Mandy impressed our [Lampasas Economic Development Corp.] board and [City] Council during the interview process."

Misti Talbert, Mayor and member of the LEDC board, said Lampasas is fortunate Mrs. Walsh has returned to her hometown to work as economic development director.

"I believe her extensive marketing experience and contagious enthusiasm will be a great asset to this community, and I very much look forward to working with her,” Mrs. Talbert said in the press release.

Mrs. Walsh most recently handled marketing and media relations for the Houston Rockets and the Toyota Center located in downtown Houston. She holds a Bachelor of Arts in public relations from Texas Tech University and brings more than 12 years of experience in corporate marketing, sales and public relations.